Before and after Ștefan

Georgian, a father from Romania, writes about how life changed when his son was born.

Our story is simple and yet rare.

I will be the storyteller (Georgian), not because I would know more (by no means), nor because I would tell better (nor that), but because I want to take on this burden at least. We were two people, a couple, who lived a beautiful and sufficient life, but without having a “continuation” – that Saint Nicholas really loves children. I was extremely happy and a little distrustful. Then the pregnancy went well, and we thought that we would have time to enjoy everything that having a child brings.

There were emotions at birth, but they turned into restlessness, with the signalling of a symptom and some indications: I learned that he suffers from hypotonia (very low muscle tone) and has some characteristic of a genetic syndrome. The team of the neonatology section had the inspiration and unpleasant mission to announce that there is a problem with Ștefan-Nicolae (a name chosen with love) and it may be Prader-Willi syndrome, Angelman or even spinal amyotrophy (you will find on www.prader-willi.ro the scientific article). Of course, I searched the internet, and after analyzing and comparing, I came to believe that this is Prader-Willi (PWS), as well as the intuition of the doctors.

Then I had the first moment of revolt against fate, the first despair. I couldn’t even imagine what Monica, my wife, was feeling, hundreds of times more, louder than me. A test that I have never understood and will never understand. I waited with fear and frustration to see them home (after two weeks). Then began days and nights of work with the bottle. I only tried the NG twice (I had the courage, as later with the injection). I kept a notebook with the amount of milk we gave him to keep a minimum of nutrition. And there have been ways of “motivating” the baby to stay awake and have the power to suck.

Do you know when “even boys cry sometimes”? When they feel powerless, though they should be the strong ones. Besides, we have rarely let ourselves down to weaknesses until now, but there are times when we become vulnerable, envious and alone.

Technical details: We were giving him to eat every 3 hours as much as he could, starting with 15 ml and reaching up to 30-40 ml in one hour, then the quantity increased, after about 2-3 months of life. Monica took care of him from 6am to 9pm, I only had hours 0 and 3. I only remember the light in the eyes of the little boy and the knocking in the bottle.

Now we can hardly remember those days and nights of anguish and sleep (psychostress). During all this time it was more inert. It was a small (“rag”) doll and weak until the age of 6 months, when the All Mighty gave us a “flash” – we took it with us in bed one night and, single and with great effort, he turned to each of us to hug us. It was the first time that he had returned from one side to another, by his own, a motor acquisition was only another two months. His first movements, his first declaration of love. 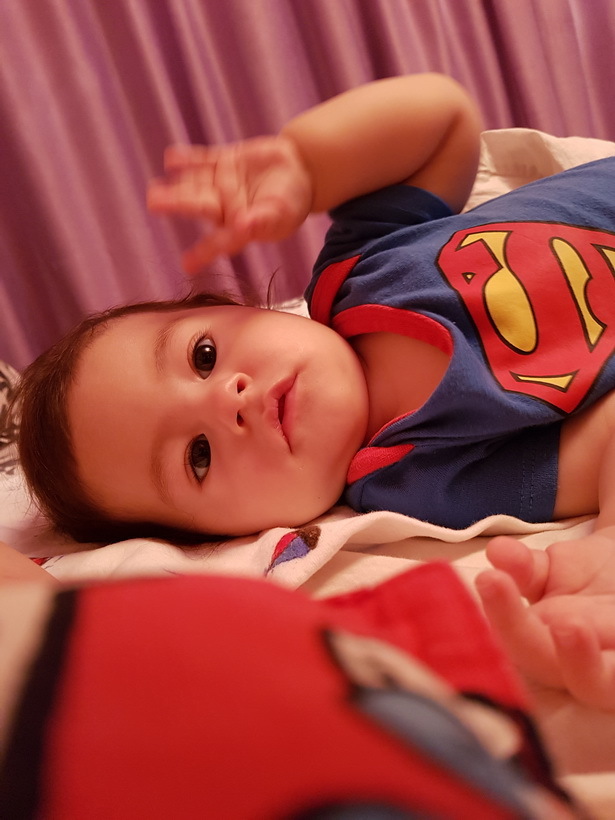 This post was originally published by the Romanian PWS association and is reproduced with their permission. It is available in Romanian here.